Tears tumble from her eyes,
trickle down the plumpness of cheeks;
eroding joy.
Looking at such a face, it seems as if this sorrow will never be quenched

I watch the men shovel.
They are wearing good clothes;
some in leather shoes, some in leather jackets.
There are three spades and nine men.
They take their turn at filling the hole;
spade in, scrape, lift and empty the soil into the hole.
Wet patches under their arms –
one takes a handkerchief from his pocket and wipes his brow
also his eyes, secretly dripping.

The hole fills and still they continue.
the mound grows until it is the accepted shape.

It marks the spot.

Everyone else watches, under umbrellas that drip rivulets
on to their shoes.
The choir sings, the preacher preaches
and the rest of us cry. 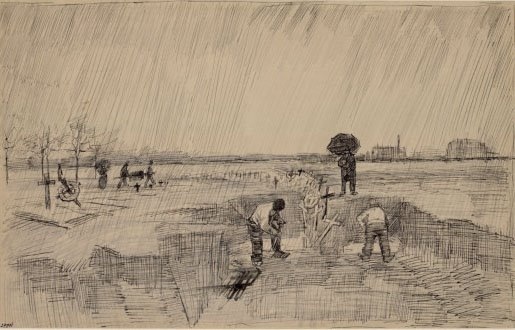 I am a ratepayer living in Glenwood, Durban and I support the retention of the following street names.

We are an African city and it is fitting that our main roads reflect this. While it is true that the ANC failed to follow the correct procedure in re-naming these streets, they learnt from this mistake and corrected it in the implementation of the other 90 names.

For the DA to pursue this in the appeal courts was unnecessary as changing them back would only cost the ratepayers more money. This is a double standard when the DA’s initial complaint was against the expense of name-changing.

Now that this misguided appeal (which has done nothing but prolong the divisive saga) has found in their favour, the DA should act in a spirit of reconciliation and support the retention of the names while helping to fast track the consultation phase that was neglected in the first place. Such largeness of spirit would endear them more to voters they do not have while proving that they were concerned about the principle of the matter.

Their current approach does nothing but pander to the gallery of Afro-pessimists that already vote for them.